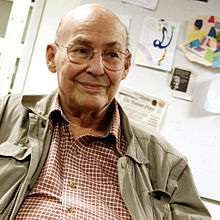 Sad day for his family first and the rest of the world next.

Steve Jobs saw things differently. I will remember Steve Jobs as a visionary and modern-day da Vinci, a man who could predict (or coerce) what the public wanted, a man who pioneered the concept of combining practicality and performance with elegance and style. He made products I use daily which make me want to be more productive and more creative. He pushed the competition to be better.

I had just watched the video of Steve Jobs presenting the WWDC 2011 Keynote the other day. He looked frail, and I had commented on that fact to a friend at the time. I guess it was a bit prophetic…

Grabbed this screenshot from www.apple.com

Now how long do you think it will be before some entrepreneurial snake oil salesman will offer an elixir of antiprotons, call it aromatherapy or ‘Anti-Herbal Magic’, and sell it to unsuspecting people as some crazy concoction to provide good health or as a weight loss product?!? 😉

While I prefer – and vote – a more centrist government approach (read Liberal), I have to agree with this opinion that the Liberal party have not been able to connect with voters *again* this time around. There are reservations across the country about their internal workings and a general belief they haven’t finished “cleaning house”. This has worried me throughout this election, because in my mind, Stephen Harper was a lame duck Prime Minister and his Conservative government should have easily been knocked out of power. But the Liberals just weren’t doing it.

Given that scenario, and despite the fact it does not change my voting decision in this election (the NDP has no chance of unseating the local Conservative MP, only the Liberal candidate has a shot), I can’t say I am upset by another, viable federal alternative to the right-wing leadership that has been marauding and vivisecting Canada from the PMO for the past 5 years. This may even be the catalyst needed to finally convince the old-boy network in the Liberal party to talk with the NDP about a formal merger of the two parties, much like the decimation and vote-splitting of the right forced the Progressive Conservatives to merge and become the Conservative Reform/Alliance Party (with an acronym like ‘CRAP’, you can see why they just went with ‘Conservative‘…). A resulting Liberal/NDP merged party should lie somewhere around the political spectrum of the Liberal Democrats of the UK. Still a little too left-wing for me, but definitely more palatable than a right-wing party.

As a former idealist (read NDP supporter), I honestly never thought I would see the day the NDP would be anything other than the ‘other’ party – albeit the ‘other party’ that had all the great ideas that have given Canada most of its best policies – and a great conscience while holding the balance of power in minority governments… In truth, they are a bit too idealistic for me and very naive, but some time with actual responsibility in Ottawa – potentially as the official opposition – instead of blind promises will likely temper that quickly.

At the start of this election, I predicted a Conservative minority, with the subsequent eviction of the three main party leaders, and possibly even Duceppe. I believe that would finally give Canada fresh, new faces at the helm. But Jack Layton’s surge seems likely to cement him in position for a while yet. I stand by my predictions on Harper and Ignatieff getting axed in the event of a Conservative minority, and I now add a more confident prediction that Duceppe will definitely get dumped after this election.

If this actually translates into votes on Monday – and not cause vote-splitting that hands Stephen Harper a majority – this election could indeed be historic. Another bonus? A federal surge for the NDP might also finally convince them that after 50 years, they no longer need the ‘New’ in their party name… 🙂